I’ve written posts like this before, sharing the joy of my favorite new foods, everything from coconut butter and fig yogurt to french vanilla soy ice cream and sweet seaweed snacks.  These lists are not exhaustive- I have new food crushes all the time, especially working at a health food store.  Some of those foods listed are extra special ‘treating yourself’ kind of foods, while are others are everyday foods added into our little kitchen.  I just like to share all these new foods with my blog peeps. In all cases, no one has paid me for this, but it sure would be nice.

Coconut Aminos by Coconut Secret: The coconut aminos are a great replacement for soy-based sauces (Braggs and soy sauces), but with a lower salt content, a sweeter flavor, and an overall better nutritional profile. They say, “Coconut Aminos are made from coconut tree sap, which comes right out of the tree so vital, active, and alive with nutrients that it is only blended with sun dried mineral rich sea salt and aged, without the need for a fermentation boost or added water.”  I made some homemade seitan with it and was totally impressed with the sweetness and balance it brought to the ‘meat’; I also made a wicked good ginger mustard sauce with the aminos, for dipping or marinating.  The company, Coconut Secret, also makes coconut nectar (like honey), flour, and coconut vinegar.

photo from their site

shitake mushrooms from Fungus Among Us: We eat a lot of mushrooms around here (well, actually sometimes I spit out the big mushroom chunks, like a five-year old; I love the taste but sometimes the texture does not do it for me).  There is always a big jar in the fridge of soaking shitake mushrooms, getting ready for their time in the saucepan.  But these mushrooms, from Fungus Among Us, are the best I’ve ever tried.  I got to use them for a cooking class and I loved them.  These mushys- and their whole product line- is all organically grown.  Their packages are on the pricier side, but so worth it for a very gourmet flavor.  They also have an extensive product line full of fancy salts, oils, and other mushy goodies for the foodies in your life.

ready for the cast-iron cookin'

rice bran oil now really, my cooking cabinet is totally stocked: coconut oil, olive, peanut, organic canola, sesame oil, and sometimes even some safflower oil for baking.  But rice bran oil is a welcome addition for one reason: super high heat! The smoke point on this light brown oil is 450 degrees, which is much higher even than peanut and canola.  This is especially important because I do a lot of cooking with my cast iron pan, which heats up quickly and gets quite hot with our gas stove.  The rice bran oil cooks foods evenly without setting off the smoke alarm, it is quite inexpensive (only about $10 here on Maui-land of expensive foods), and best of all there is no discernible taste after being cooked at such high temps. And according to the company’s website, rice bran oil is super healthy, less volatile, and the stability of the oil prevents breakdown of the fatty acids, and because it is lighter in viscosity, less oil is absorbed in cooking, which means less calories for the final dish.

Mochiko Flour:  Mochi is one of those baked goods that I previously considered only in passing: yep, it’s totally delicious, but I was never sure if I had what it takes to make it happen.  But guess what? I can make mochi! The first recipe is tried was complicated and engaging recipe from a friend, which I messed up (but with amazing mochi-cookie like results!).  But she revised it, I tweaked it, and the results will show up here on BakeryManis soon– once it’s really figured out and fit for the blog.  But this mochiko flour makes it all happen, made by the heirloom and organic friendly Koda Farms in California.  It’s gluten free too! I am so excited to work with this great new ingredient!

Okay, it’s not an ingredient… but I had a cookie craving at work a few days ago and happened upon these delicious little nibbles: Andean Dream Quinoa cookies (chocolate chippy for me of course).  I was delighted at how tasty they were, and I am stoked because they are made with minimal and BakeryManis-approved ingredients: only quinoa flour, tapioca flour, puffed quinoa, palm oil, sugars, chocolate chips and some baking soda.   And these cookies are gluten free too! 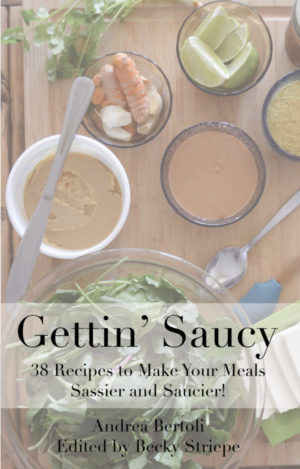 We made KRAUT & KIM CHI for you! Who wants? 🙋🏻‍♀️🙋🙋🏽‍♂️ And @personal.finance.coach made a cute video cause he’s just the coolest sous chef/director. Got some beet/carrot/purple cabbage krauts and radish/carrot/Napa cabbage kimchi jars. $22/each or bring back the jar- save $2 and save a jar! 🦋
Eat the rainbow 🌈 Easy tofu scramble with turmeric, onions, mushrooms, and spinach - my scrambles are finally upgraded with some kala namak gifted from a friend! Served with brown rice + quinoa with garlic, sesame, purple cabbage and green kale. Rainy day here in Honolulu, and @personal.finance.coach and i are spending it coworking from home and getting awesome stuff done!
Overwhelmed with abundance in all forms. This season continues to remind me that mindfulness and presence are the best gifts that we have to share as humans. I’m feeling more deeply everyday that each moment is a miracle. A simple reminder of this is that our Kale Hale is overflowing with Hawaii seasonal abundance that inspires massive gratitude: gorgeous breadfruits gifted from a neighbor, calamansi harvested from a tree down the street, massive lemons from @kahumanaorganicfarms, potatoes from west side farms, and bananas, always. 💕
Had SO MUCH FUN at @vegfestoahu yesterday! So proud of the team that built this great event, and so grateful I could play a small part in it as host of the learning kitchen, where six chefs shared their foodie secrets with hundreds of people. And finally, stoked that mom and dad came out to enjoy their first veg festival. ✌🏽

My posts on Vibrant Wellness Journal

My posts on Eat Drink Better

My posts on Care2